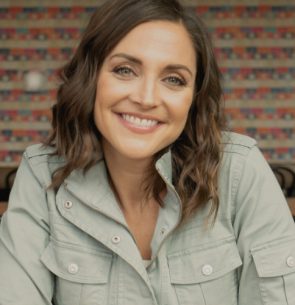 Paula Faris is an Emmy Award-winning journalist, podcaster, speaker and bestselling author of Called Out: Why I Traded Two Dream Jobs for a Life of True Calling.

Faris is currently the host of “The Paula Faris Podcast.” Most recently, she spent nine years at ABC News, during which she was a co-anchor of “Good Morning America’s” weekend edition, co-host of “The View” and host of the “Journeys Of Faith” podcast. While at the network, Faris reported on everything from politics, news and entertainment to sports and faith, interviewing the likes of Hillary Clinton, Sean Spicer, Joe Biden, Tiger Woods, Reese Witherspoon, and the casts of “Star Wars” and “Avengers.”

Faris graduated from Cedarville University (‘97). She and her husband, John, reside in South Carolina with their three children.